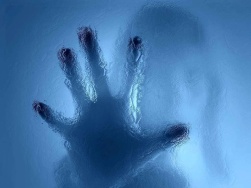 Living inside a serious illness puts you, literally, into someone else’s hands. You lose a sense of autonomy and power. You are isolated, sealed into the private rooms of your own mind. You are in excruciating pain but it is hard for those outside the illness to understand, even those extensively trained for such work. Minutes have become the same as hours. There is no escape, no distraction, no peace.

I had some great nurses and I had a few who made me feel like I was just a patient with lots of needs they did not have time for. Those nurses came in handled me roughly, never made eye contact, completed their tasks and left without ever speaking. I could only move my eyes not yet able to speak. I was a prisoner without a crime.

I cannot emphasize enough how much I wanted someone to look at me, to touch me, to remind me I was still part of the human race. Even after endless painful turning of my body that had wasted to skin and skeleton, I longed for physical touch. Tears rolled down the side of my face as I tried to remember the last time someone caressed me. It was long, long ago before I was ever sick before I lost my first love.

All my life my Mother had fought for me, had kept me safe. At even the hint of harm she threw open her wings of courage and fought. But, she was not here and for the first time in my life I was starkly vulnerable and way too debilitated to fight for myself. I needed to know there was someone who would fight for my life. I became more afraid that no one might care than I did of dying.

I thought of my children and where they could be. Why haven’t they come to see me? I needed to look at them, to hear their voices. I became angry locked in this body. The more I thought of my children the more infuriated I became. I felt a rush of power come over me, a fury that pushed me over some invisible barrier and busted through the wall of helplessness.

And then, this vehicle that had failed me, that the doctors said had no hope of recovering from the severe damage the sickness had ravaged on it, began to heal itself. My vitals started to stabilize; my heart began to beat stronger and with balanced rhythm. My kidneys began to function and my ability to push breath began triggering the ventilator alarm forcing them to start weaning me off of it. I was visibly awake and aware. I was back, I knew it, and at that moment my cup runneth over with the desire to live again and I was going to fight with every cell in my body.