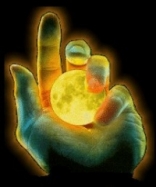 “I can’t breathe!” is the last thing I remember saying on January 1, 1989. My left lung had collapsed and my heart was beginning to starve for oxygen. Somehow my ex-husband got me to the pickup and drove to the emergency room at the small Humana satellite hospital near the campground. My eyes try to open in the sterile room I’m in but they won’t comply. I am spinning from vertigo and they are trying to put something down my throat. It feels like a tube and it hurts. I am in and out of consciousness but I am aware that I am totally in the control of other people. The rest of this story is a chronological history of what was happening outside my body (DR Recall) and what my Spirit (Me) was experiencing on the inside.

My left lung had collapsed and my heart was in tachycardia. They attempted to use a scope to see if I was bleeding internally but had to abort until I was stabilized. They put me in a trauma room to observe me. After an hour I opened my eyes in a stare and began talking in what seemed to be another language but no one recognized what it could be. I spoke like this for approximately 5 to 10 minutes then in English said, “I am going now and won’t be back.” At that moment I went into cardiac arrest and was rushed to intensive care and put on life support systems including a ventilator because I was no longer breathing on my own. Extensive blood and toxicology tests were ordered.

I was in no pain whatsoever. A film of green the color of sea foam floated down and covered my body. I could not feel it but rather sensed it. If Nirvana was a color it would be this. I felt I was in a kind of holding pattern. I had no desire to leave this place. I had no fear. I was alone but not alone. Like a baby being rocked by a loving mother I was content and I was safe.

Toxicology and blood work gave no indicators that would cause the life threatening symptoms. The doctors are stumped as to how to proceed. I had lost huge amounts of blood by throwing up while unconscious so extra blood is being given, the heart remains a huge problem as it is inflamed and twice the normal size. The kidneys have shut down and dialysis has been started. The lung is being drained but both lungs are unresponsive. I evidently tried to pull the vent tube out and all my IV’s by thrashing about. An ICU nurse on each shift has been assigned to me alone. I am monitored 24 hours a day because my condition is so unstable.

I’m traveling to a beautiful lush green environment with soft rolling hills and cottages lined along the road. There is light shining out and I can hear people laughing and talking. I cannot see myself but I am aware I exist. I cross a small bridge and walk into the first cottage. I do not feel like a visitor. I feel like I belong. It’s like I’ve always been there. I recognize my relatives that have passed many years ago. Someone from behind me is saying these are your people who you have shared your life with. It feels like home but I don’t know why. I enter the next cottage with more happy people and recognize them also. Some were childhood neighbors, friends, teachers and some just people I met once a long time ago. The voice explains that these are people who made an impact on my journey. It makes no difference the duration of the encounter he explains, only the significance of the influence on your soul. I want to stay here but feel a momentum pulling me away. I know I have died but it has no connotation to it. There is no sadness, no regret only acceptance. So I trust where I am being taken.