Are We Being Warehoused? 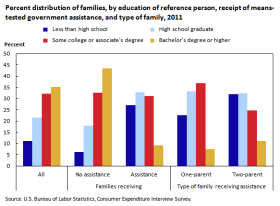 Are we warehousing our people? Institutions have been banned long ago but there is a subtle, ever so gentle push to contain, manage and control citizens who have similarities. These similarities are not physical but based on a much more pervasive demographic. These citizens are our seniors, the disabled and low income of our community. Senior housing, section 8, HUD housing and accessible complexes lure citizens by offering amenities specific to their needs. All fine and good but makes you wonder why the American culture is so dead set on categorizing its citizens. This categorization starts at the funding source itself. The qualifying criteria of government programs demands a label.

I agree there are gated communities where people choose to live around their own peers of the same social status. That is fine and it is their choice. It is America and we are supposed to have freedom of choice. But here’s the disparity, the financially stable “choose” and the low income citizens “qualify”. Money should not be the benchmark of a person’s worth to society. Unfortunately it is the standard by which budgetary funding also rest on. It’s always about the money. It’s more expedient to build apartments that are all user-friendly to the occupants needs. I get that. Instead of ordering one roll-in shower component the contractor can order 100 and get a price break. It’s easier to build senior units all without step entry rather than a few at a regular apartment complex. But we are using this justification to place individuals and separate them like cattle into appropriate barns.

Why not separate young adults from middle age adults? Separate smart people from average people and so on. I’m not saying wanting to be around people like yourself is wrong by any means. What I’m trying to say is that not having a choice is wrong. We desperately need more integration and less isolation. The wealthy in America represent only around 10% of our population. That 10% can make any choices they desire while the 80% must qualify, if not now, usually by late adulthood.

If housing was built using universal design anyone could live anywhere. The cost for building would be the same regardless of the occupants needs. Some seniors prefer to live with neighbors their own age but some do not. The seniors I’ve interviewed feel its depressing and one step from the nursing home but have no other option. Many of the residents I spoke with who live in expensive retirement communities have moved back to individual residents complaining their autonomy was compromised by the cruise ship activity mentality at the big retirement complexes. At least their own financial security allowed them to make that choice. Categories may make it easier to finance and serve the people with disabilities, seniors and low income but it smacks in the face of American freedoms.