The mind is its own place, and in itself can make Heaven of Hell or a Hell of Heaven –Milton 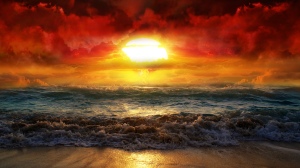 Life has a way of molding and reinventing us as trauma, crisis and drama infuse our lives. But, underneath, at the core, is who we are. It’s that short timeline from birth through school age. The beginning of our journey is when we form our preferences; learn faith, battle our fears and it is where hope reigns eternal. Those lessons are so important to our adult selves that we never, ever, loose that knowledge. When we were little and innocent there were usually supporting players also but as years progress many pass on or move on. But the little self who was touched by them remains.

For me, in 1989, during an extraordinary dark night of the Soul that little girl was who was left after a coma had peeled away those layers of my pretend self that I clung too and that created my personality. From food poisoning to an auto-immune disease called Guillain-Barré Syndrome I fought for my life for six months. When the worse was finally over it was that little girl alone, in that broken body, who rode a wheelchair out of the hospital to a personal world that had completely changed while she slept in a coma. All those layers for the last 42 years stripped away like driftwood in a sand storm of struggle to survive the last six months. No preferences remained. I didn’t know what TV shows I liked, what perfume I loved, what type of clothes I wanted to wear or what food I liked. Nothing left but the little girl. Who was I? Who would I become? But, that little girl still knew some things and slowly I began to piece myself back together. I remembered the love of animals and how they healed me when my son brought home a tiny orphan black and white kitten on my third day home who he named KIWI. I remembered my Mother’s constant advice to an impossible solution as “where there’s a will, there’s a way” rang in my ears with every painful exercise I accomplished.

I was confused and I was angry and that frustration was my motivator. I refused to be the victim. I began observing people in my environment like the mentally abusive relationship I was in and began eliminating those I no longer trusted. My children began coming home from temporary placement with family making the love of a tight-knit family the most powerful surge of determination of all. Even my 13-year-old daughter who had been diagnosed the first month of my coma with non-Hodgkin lymphoma was in remission and on her way home from Arizona where she was with her father for treatment. The energizing feel of music, the desire to teach my children to be survivors, and the thrill of learning something new all infused me with eagerness to set new goals. My Mother had always been my rock but her own illness trapped her in another state. Nevertheless her words sang to me every day of this crisis, “God doesn’t give you more than you can handle”. All of this is my little girl, the real me, the one who no one can destroy. What I lost were only layers formed in the moments of day to day living.

But, there was so much to repair, so much to endure and even though I had made it home it didn’t feel like I was in control of my own life most days. I could not comprehend the “system” with all its rules and jargon and limiting criteria. I fought being dependent on anything or anyone usually costing me precious time and help. I struggled and I cried and wondered what would become of me.

I don’t remember exactly what I was doing or where I was when that great defining moment came. Somehow, by some grace, I discovered hope. It radiated out of me like a lighthouse beacon shining on a life path I couldn’t see before. It was the most significant turning point in my life. It was the day I went from fear to optimism. Hopefulness was my vaccination against despair. This is not to say I still didn’t get irritated or want to send some social worker to Dutch Harbor, Alaska where the only job available to them would be as a crab fisherman in the Bering Sea — in January — but I never returned to despair. Yes, I still had to rebuild who I was, we were still homeless living in an RV, I didn’t know if I would ever work again and $550.00 in social security a month for myself and three children was ridiculous but if this was all I had to work with so be it.

From hopes and dreams to rock solid goals I was on my way and there was no turning back now. I soon taught myself to eat, dress and brush my teeth. Then, I ventured outside with crutches and walked each day a little bit further. In a few months I drug myself up into my old four-wheel drive Dodge pick-up and drove around the field until I felt confident, sort of, to take it on the road. I had the RV moved to Biloxi, Mississippi to be near my biological mother incase I got worse and needed supports. I took a campground right next to a junior college where I could walk and go to class. I had no idea what to take but knew I couldn’t physically handle restaurant management or convention bookings anymore. I had worked a variety of jobs during the years but did not have a career to speak of. After my divorce ten years earlier I just sort of dove into the employment field and took whatever came my way to survive. But, now it was more important as it would need to be something solid enough to replace the awful “system” financially and medically and flexible enough to allow me a chance to prove myself at forty-two with a disability. I now had extensive nerve damage, balance problems, almost no walking or standing endurance and severe hand contractures. Of course the college advisors, and a hundred people since, said just stay on disability but that is not what I wanted for myself.

I began to think about what I still had to offer and something my mother had told me came back in a flash of inspiration. She said to me when I was a teenager and I was at similar crossroads with career options that people have gifts and they have talents. Gifts are something you come into the world with to be shared with others and talents are something you learn and hone and it provides the way for you to give your gifts here on earth. “Be careful, she said, to always give your gifts away and charge for your talents for if you reverse them nothing good will come of it.” You are born with gifts I thought but what were mine? I went back to my little self. I loved to learn new things and I loved to play teacher, I loved animals and I had a discerning eye for truth. The talents were things I learned by living and working. These were my transferable things. I was great at multi-tasking, I was organized, I was good at clerical, I was a good problem solver, and it was easy for me to empower someone else. So, I decided to try taking some classes in the counseling field to see if I could use my gifts through that kind of career. The school ended up being a rip off and closed its doors leaving me with no credits for the semester I struggled to attend and a student loan I never received any money from but now still owed. But, hope never left me and day by day I was becoming more confident learning new ways of doing everyday things with this body. Little did I know within a year a whole new life would begin for me and the children.

I felt strong enough physically now to attempt the drive to Springfield, Missouri where most of my family had relocated. We rented a modest house and settled in. It wasn’t long before I knew it was time for me to look for employment. I felt I owed it to myself and my children to see what I could do to provide more than a bare essential life. I was scared and apprehensive but that hope kept nudging me along. The employment office didn’t know what to do with me except encourage me to continue to live on social security. I asked for a list of job openings based on what I felt was my transferable skills and hit the streets on my own. One of those job openings was at an Independent Living Center. I had no idea what that was but full-time, 8 to 5, Monday through Friday sounded good to me. What they did there, I found out, was empower people with disabilities to see their potential, help them navigate the systems, find housing, technology that allowed maximum independence and a hundred other things that opened doors wide so no option was over looked. The Director saw that potential in me and offered me the job i held for twenty-six years. All my frustrating experiences clawing my way back to life have helped me help others. I think of that often and remember when I used to say, “Why did this happen to me?”

It would be great to end this story with only successes like all my children went to college and have wonderful careers and nothing bad ever happened again. Of course that’s not life. Several of them had struggles with substance abuse, bad relationships and crisis. One daughter lost a 2-year-old son to an accidental drowning. My oldest daughter died from cancer she was diagnosed with after she was already in remission. She was 39 years old. Both my parents passed on. My 13-year-old granddaughter waged a war on leukemia and finally cancer free now. Romance has never knocked on my door again.

But, this is the journey. It’s full of contrast. My grateful cup flows over with gratitude for having the opportunity to enjoy my grandchildren, love my adult children and all those moments of throwing my head back in laughter. And, the priceless opportunity to reach my hand out to so many people with disabilities and their families, opening doors of knowledge and information honed by the school of experience. The best of all would have to be seeing that expression of confidence in their faces when they conceive their true potential. The birth of “hope” is a beautiful thing. It has become my greatest “gift” that by grace has also become my “talent”.

The mind is its own place, and in itself can make Heaven of Hell or a Hell of Heaven –Milton

This entry was posted in Society and tagged inspiration.